Home > Other > Chimneys & folklore at Christmas 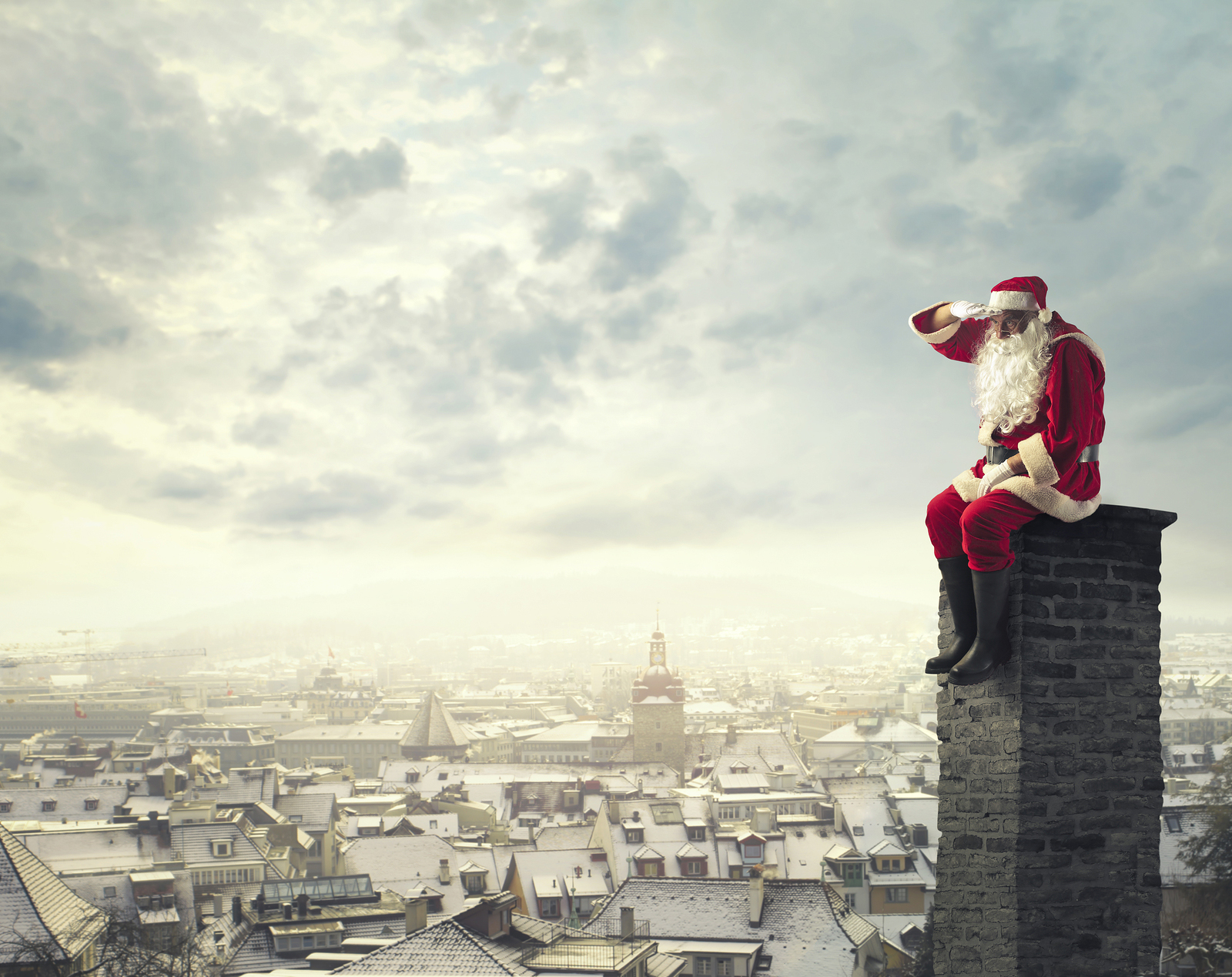 Christmas is a time where myths come into play – it’s all part of the fun – and the chimney retains a central role in setting the stage for festive celebrations. For how could Santa Claus enter a home and leave presents, if he couldn’t use a chimney?

Yet it’s not always been the case that Santa plopped down down a flue with cheerful aplomb – a merry plump gent with snow-white beard, ruddy cheeks and garbed in red.

In fact, it was American writer Washington Irving who came up with the notion of Santa tumbling down the chimney with gifts for youngsters. In his satire, ‘Knickerbocker’s History of New York’ (1809), Irving took a dig at Dutch immigrants in the New Amsterdam. His satirical aim was those obsessed with the Dutch heritage of the city. The character he presented was a Dutch burgher version of St Nicholas, smoking a clay pipe with an elfin appearance: –

‘…in the sylvan days of New Amsterdam the good St. Nicholas would often make his appearance in his beloved city of a holiday afternoon, riding jollily among the tree tops or over the roofs of the houses, now and then drawing forth magnificent presents from his breeches pockets and dropping them down the chimneys of his favorites’.

The character’s original Dutch name of ‘Sinterklaas’ was Americanized as ‘Santa Claus’. The idea of Santa coming down the chimney himself (rather than just chucking presents down) was later popularised in the poem ‘A Visit from St Nicholas’ by Prof Clement Clark Moore in 1823 with cartoonist Thomas Nast giving Mr Claus his sleigh, his reindeer and depicting him as a jolly big chap.

St Nicholas, the original inspiration behind the character, lived in the 4th century, in what is now modern-day Turkey, as the Bishop of Myra. He became the patron saint of children, as well as (eventually) Amsterdam and Moscow. One legend says that he put money through the window of a home to help a poor family whose daughters faced prostitution. As chimneys became commonplace, the tale adapted over the years as it became popular, to see the saint dropping money down the flue. Dutch children began leave shoes by the fireplace, as the legend evolved, so that the saint could put gifts and sweets down the chimney and fill the shoes as part of the celebration of the Feast of St Nicholas. The tradition was carried to the New World of America with Dutch emigrants and that is how Irving, as above, came to be involved in the development of the tradition. A tradition which later saw Santa evolve further such as with the famous Coca Cola promotion of the merry red gent in the 1930s.

Santa wasn’t always big, however. In the 19th century, the Sinterklaas character was somewhat small in stature. And there were similar characters who no doubt influenced the literary tradition around Winter celebrations. That was especially true when it came to the chimney and fireplace. There have been endless myths about witches, goblins and fairies entering a home via a chimney, especially during Christmas festivities. The brownie was one such mythical creature, said to help with household tasks at night – leaving when morning came by disappearing up the chimney.

A precursor of Santa Claus could arguably be the ‘Belsnickel’, a wild man with a whip which, according to German folklore of Pennsylvania in the 19th century, frightened bad children and rewarded good youngsters. He was darker in appearance and of nature than Santa, but would still use the chimney at midnight to leave gifts in a stocking. His name means ‘furry Nicholas’.  Belsnickel echoes somewhat another character known in the Lowland countries during Winter celebrations: Zwarte Piet. His myth presents him as rather harsh to naughty children and the character itself, with a blacked-up face, is somewhat controversial. Odin, the Norse god, was also alleged to enter homes via chimneys during the Winter solstice. All of these characters have influenced the Santa Claus we know today – and the chimney has always been the stage for the storytelling.

Whether it is Santa Claus or Sinterklaas, goblins or a wild man – the chimney holds a mystical allure during the festive period. The darkness inside the structure, connecting the home to the outside world, speaks of mystery and intrigue, which comes alive as part of celebrations for Christmas. And that is why chimney sweeps also have a near-mythical status in the Winter literary tradition – the difference being, of course, that they are real!