Home > General > Fighting for his daughter in the Sahara desert

Fighting for his daughter in the Sahara desert 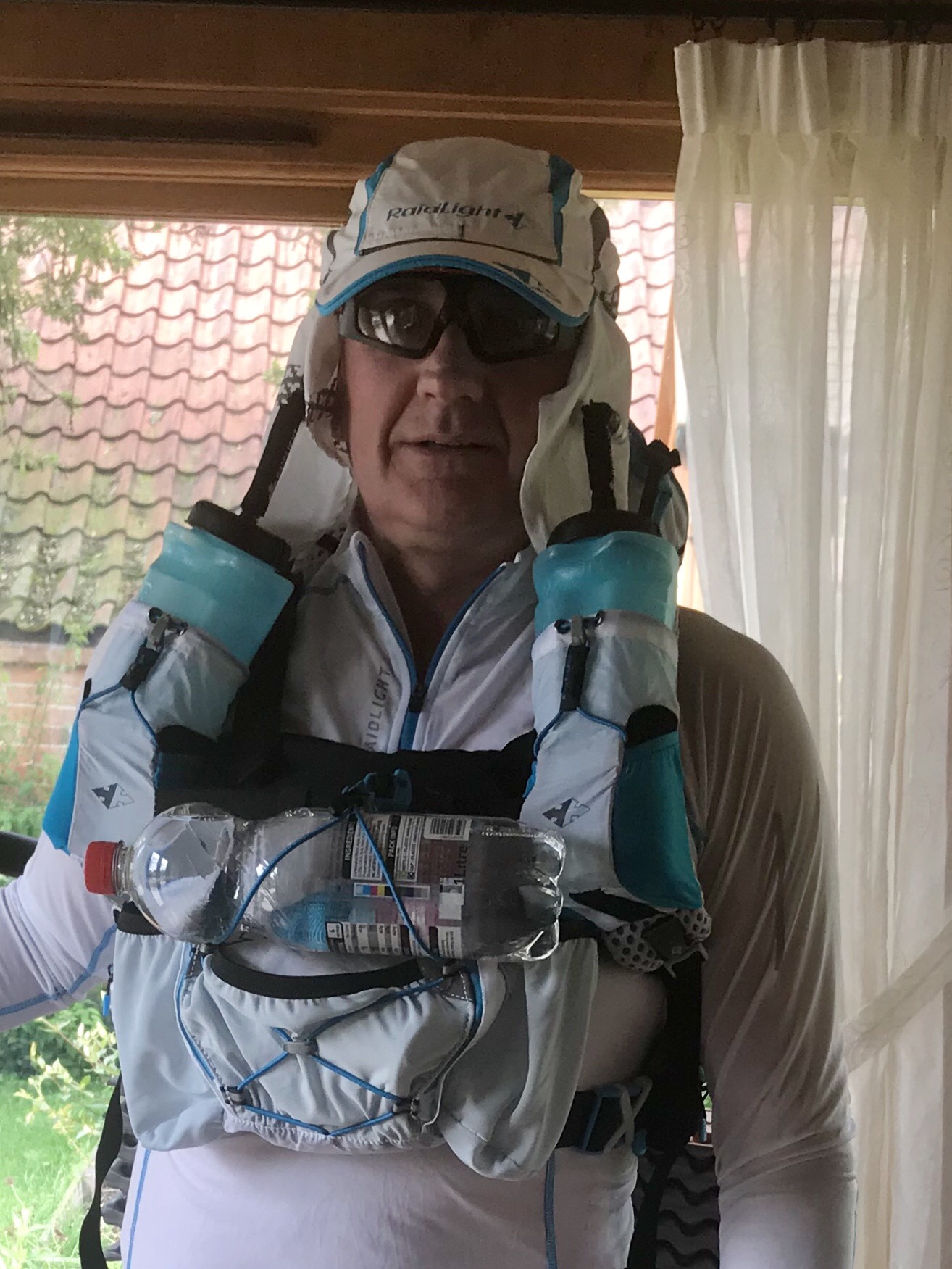 WHY would a chimney sweep put down his brush, get on an aeroplane bound for Morocco and then run across the Sahara desert?

For Paul Blinstone the answer is simple: his daughter Eleanor is suffering. She has life changing disabilities and needs support to manage her condition.

That’s why her 53-year-old father, who has a metal hip, is preparing to tackle the toughest footrace in the world: the Marathon Des Sables in April 2020. He will face blistering temperatures of 50C during the 156-mile, 6-day race, and harsh freezing conditions at night.

In Paul’s own words: “We fight for our girl every day. Every day of her life is a fight.

“When I’m gone I need to know that people will continue to fight for her. So I’ll run through the Sahara desert for a week.”

Paul is raising money for the charity Scope, because it helps disabled people such as Eleanor who suffers from an autoimmune disease.

“Eleanor had an artery rupture in her brain at birth. We didn’t expect her to survive but against all the odds she did, albeit with a level of damage to her brain.

“Doctors warned us she would be blind and have no balance or co-ordination, thus would never walk.

“Again, she defied them all and was leading a normal life when she had tonsillitis at the age of three. Her antibodies did their job of fighting the infection but when they had done that, they attacked her brain resulting in encephalitis (inflammation of the brain).” The little girl was now left with ‘considerably more brain damage’, according to Paul but ‘also physical disabilities’.

He added: “Her speech was lost, she had right-sided weakness to her body which causes her many difficulties as she was originally right handed.

“The diagnosis was an autoimmune disease so we lived for quite a few years waiting for it to happen again. She has undergone lots of different treatments but always smiles about it. She still has seizures, usually when she has been unwell.”

Paul has been fascinated with the Marathon des Sables since he first heard about it, some 27 years ago. He does the ‘odd marathon’ as training and approx 15 miles per week. He will increase his mileage closer to the desert race and he’ll use a cross trainer to ‘replicate hill climbing’.

Paul doesn’t normally get nervous before marathons but adds: “This is in a different league to anything I’ve ever attempted before so I am nervous about the unknown not about my own abilities. I’ve always had a high pain threshold, my wife simplified it to ‘no sense, no feeling!’”

Paul had a hip replacement after a car accident six years ago but he hopes this won’t affect his adventure in north Africa. “Ibuprofen will be my best friend”, he adds in jest.

The marathon runner lives in Tuxford, North Notts, and he is a prison officer. He has also been a chimney sweep since 2016. He got to know the Guild of Master Chimney Sweeps after one of the members serviced his log burner and he then became a sweep himself, making ‘some very good friends’ in the Guild.

“Guild sweep Steve Ely is local to me and I guess we should be rivals but we help each other out with jobs/equipment and I never see Steve as anything but a mate. I’m always happy to recommend him if I cannot get to a job, John Eardley, The Derbyshire Chimney Sweep, trained me and he is a font of knowledge, he is my ‘go to guy’ when I’m stuck. He’s a very generous man with both his time and money, one of life’s true gents.

“I wouldn’t have met these people if it wasn’t for the Guild.”

Paul has set himself a fundraising target of £6,995 for the Marathon des Sables and he has reached 70 per cent of the figure. “Every pound raised gets me that bit closer,” adds Paul.

Support Paul, his daughter and others with disabilities: