Home > General > The one that got away, and a lucky householder!

The one that got away, and a lucky householder! 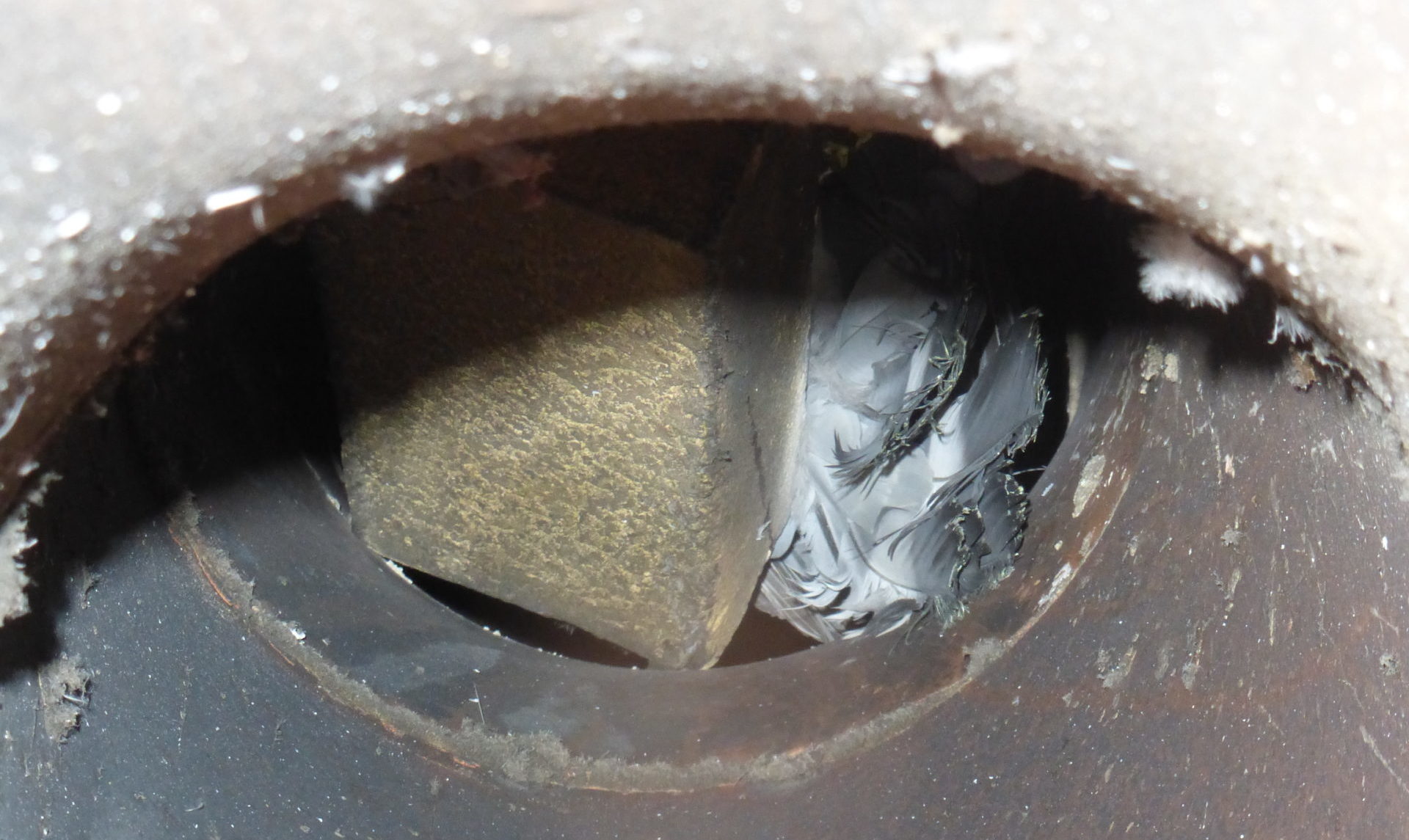 ‘HELLO, I think I have a pigeon stuck in my chimney’. This was the call last week to a sweep in Cambridgeshire.

Further questioning revealed that the chimney was above a gas fire in the living room and the pigeon had been there for 24 hours. So first things first – Don’t use the fire!

It’s relatively common for chimney sweeps to receive a call about a bird stuck in the chimney. With a bit of preparation and care, it is usually freed without harm (or mess!).

Often the bird will have fallen to near the bottom of the chimney. But in this case, closer inspection with a torch and mirror revealed that a house brick was lodged about six feet up, partially blocking the chimney and preventing the pigeon from falling all the way down.

The sweep reported: ‘This was a potentially dangerous situation. The brick was blocking the chimney by about 50% and could easily have led to poisonous Carbon Monoxide entering the room. The customer reported the fire had been regularly ‘serviced’. Quite how the gas engineer had missed the brick in the flue, I don’t know, it was very obvious.’

He added: ‘It is likely the brick fell down when the house was build 20 years ago and has been partially blocking the chimney ever since!’ (This chimney is made of terracotta clay sections so it’s not made of bricks, ed).

All’s well that ends well though. The brick was dislodged and removed from below. The pigeon however was not so keen to come down. On with a stiff bristled snug fitting sweeps brush and the lucky bird was gently raised the entire height inside the chimney and out the top.

Freedom? Not quite – this bird seemed unconcerned by it’s experience and sat on the brush for a full 10 minutes before a gentle shake saw it fly off unharmed. What can we learn, well two things really.  Lots of birds get into chimneys and often die there, so fit guards and caps where appropriate and, it’s worth getting your gas fire chimney checked out by a professional sweep.

www.findachimneysweep.co.uk  Your local professional sweep will be happy to advise.