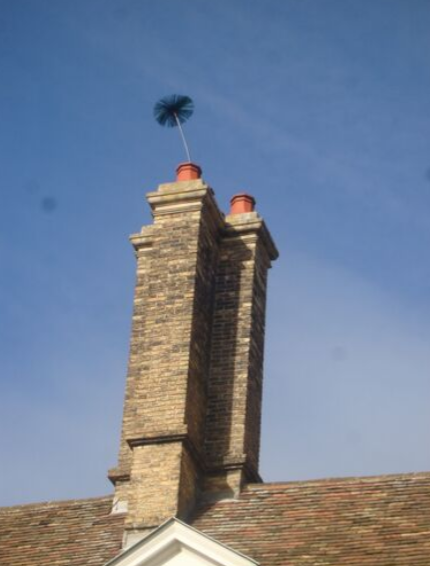 ‘CHIMNEY SWEEP’ – it’s a job title that has existed for many, many years but the job description is too often misunderstood.

We all know about the chimney sweeps of the 18th and 19th centuries, and the plight of youngsters in the trade, thanks to literary works such as William Blake’s Chimney Sweeper poems or the malevolent attempts of Dicken’s evil sweep Gamfield to enlist Oliver Twist as an apprentice. Even before such literary personas popularising the mystique of the trade, chimney sweeping as a trade existed for many, many years.

The coining of the phrase ‘chimney sweep’ was logical because a tradesman would be called to a home to sweep the chimney and clear out soot to stop any chance of a chimney fire. As the profession developed, however, despite being an unregulated trade, the sweep gained knowledge of other aspects of fire and fuel use, which proved crucial to the welfare of the household. The importance of proper installation of chimneys including flues, flue liners, pots and cowls, woodburners and open fires became clear. Knowledge of carbon monoxide and the dangers of this invisible, odourless gas was also increased. How-to facts also became known – how to store solid fuel and what type to use; how to light fires properly; how to allow enough ventilation… how to enjoy a fire indoors safely. The chimney sweep became an inspector, a risk assessor – not just a cleaner.

That’s why ‘chimney sweep’ describes only one aspect of a chimney professional’s responsibilities. Cleaning the inside of a chimney flue and removing soot and tars is a major part of your Guild sweep’s work. Yet it would be entirely inaccurate to say that is all it entails.

In fact, the work of a ‘chimney sweep’ starts long before he or she sweeps your chimney. They may have asked some questions at the time of booking regarding your fire or stove and gone on to do a little research on the make and model. They may have asked about the nature of any problems you’ve experienced and the type of house you live in. They will know the recent local weather pattern. These things and many more may be considered before and during your sweep’s visit.

Let’s say the doorbell rings and you open it to find your cheerful Guild sweep.  They will already have made a fair number of observations when approaching your house – it’s age, construction, any visible extensions, number of chimney stacks and rough condition, pots, cowls, etc. You lead him or her inside the house and along to the room where the fire is located. Before going anywhere near the fireplace you will find them taking a moment to just look at the set-up, starting the professional inspection.

There are too many things to list here but your sweep will be looking at potential fire hazards and getting a sense of the ventilation available in the room. Is there any smoke staining and what fuels are being used? The initial look of the wood burning stove or open fire and the chimney structure will also be studied. Has it all been installed correctly? Is the fireplace opening too large? Does the size of the flue correspond with the size of the opening? Where is the carbon monoxide detector and is it working? The sweep will run through a series of questions like that. That can all occur in just a few seconds and maybe even whilst they are asking you some other questions.

Even then, the sweeping doesn’t start. Next, the stove etc. or open fire itself will be reviewed and there are lots of different types out there. What make is it? What is the condition, if appropriate, of parts such as the combustion chamber and all its components, the fire grate, the baffle, the flue pipe, the firebricks, door ropes – the list far too long to cover here.

And then, if there is a chimney liner, is it correctly fitted? For example, with sectional liners, is it upside down? Are the joints lined up? Or a flue pipe may project too much up into the chimney, it may be loose or corroded. All fires, stoves and chimneys can have potential issues. If you have experienced a specific problem with your fire, your sweep may well have a list of questions to help solve it. Your Guild sweep will be keenly aware of Building Regulations and how they should apply to your fire. If there was an error during installation, your sweep will tell you the truth. He or she will also advise you if you are using incorrect fuel for your appliance or there are other risk factors. And we’ve not even mentioned other aspects such as birds’ nests or getting up on the roof to check the pots and cowls.

… and that’s all before the sweeping begins!

He said: “CO and fire risk are obvious risks but the service offered by the chimney sweep is much more than that.

“The entire process from start to finish is a series of interlinked dynamic risk assessments based on different levels of inspection dictating the next level of service required. Perhaps even resulting in a comprehensive camera inspection and report, etc.

“The knowledge base is actually huge, from thermodynamics to atmospherics, meteorology and geographical position and that’s to say nothing of the necessary understanding of flues, fuels, and appliances etc. and the skill sets to take on any remedial work.”

So your Guild chimney sweep is not “just a chimney sweep” – he or she is a skilled tradesperson and risk assessor, problem solver and an excellent source of advice and tips to help you get the best from your fuel and fire. That’s why it makes sense to employ the services of a Guild sweep. He or she works to the highest of industry standards, employing best practices and indepth knowledge to ensure that you – the consumer – can enjoy safe and snug fires at home.