‘Bits’ keep falling down my chimney! 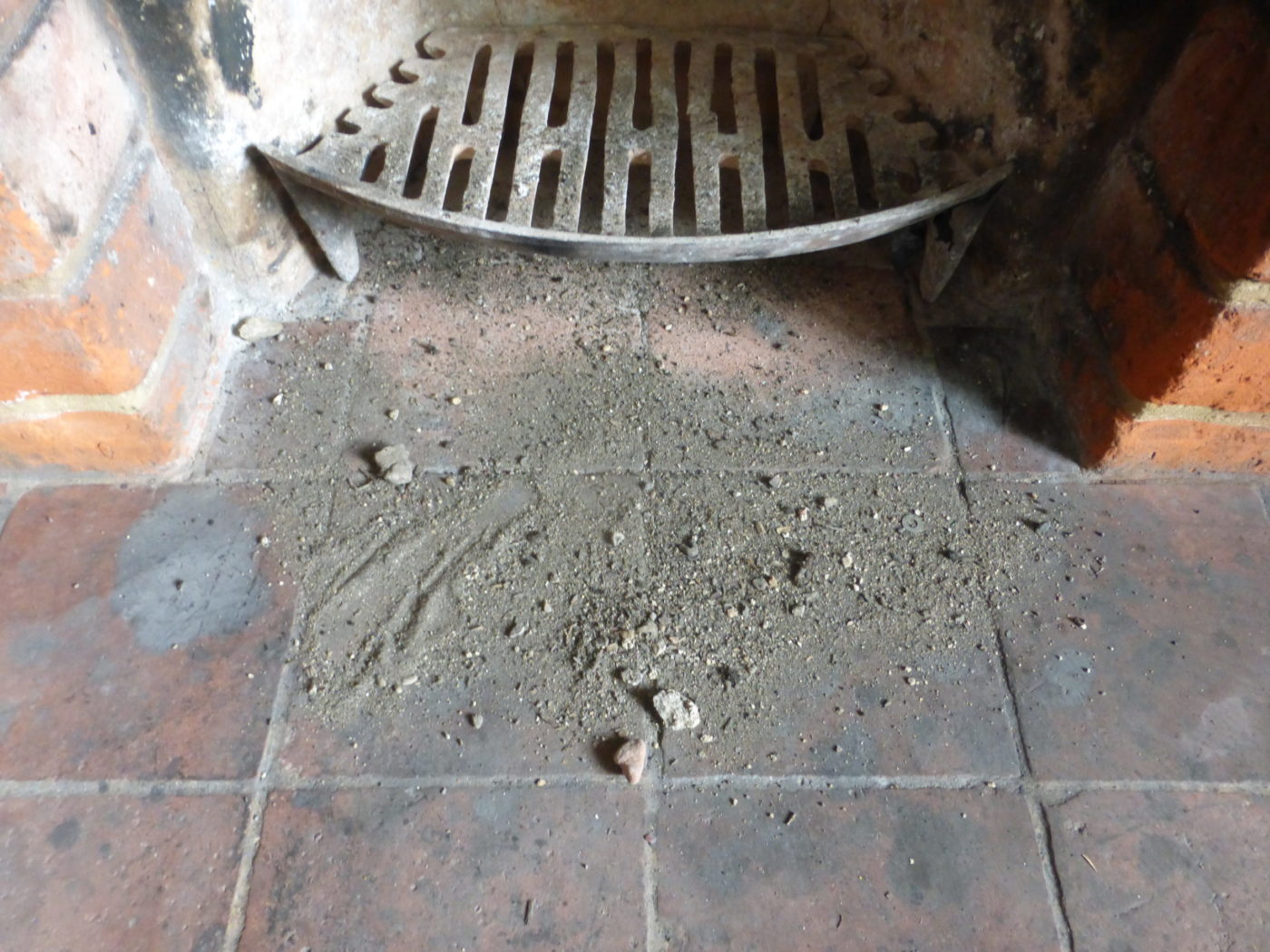 Seeing debris falling into your open fireplace is relatively common, and there can be a few different reasons for it. Sweeps are often asked about the ‘bits’ that keep falling. It can be annoying cleaning it up. It’s especially annoying 1f it’s spoiling the carpet etc.

So what’s happening? Firstly, it’s important to understand how chimneys are constructed. This in turn will give you some idea as to how this phenomenon occurs.

Most chimneys in Great Britain were built before the mid-1960s. As such, these were usually constructed with bricks, sand and cement. The inside of the flue was then covered with a thin layer of mortar (called pargeting).

When you think about how much sand, cement and pargeting was used to build your chimney, it’s understandable that some may end up at the bottom. But the reasons for it landing there can be different…

Reason 1: Your Chimney Is Showing Signs of Ageing

This is perhaps the most common reason. Over the years a chemical reaction occurs between the acidic smoke / combustion gasses and the alkaline mortar. Tiny salt crystals form in the mortar, slowly weakening it. If your chimney is completely straight, you may see more debris falling. If your chimney has bends, dust settles on the bends and any debris will sit there until it starts spilling over. But all chimneys age and it is completely normal. If we looked up these chimneys when they were first build, the mortar lining would have looked like a roughly plastered wall. Many years on and the majority of the mortar pargeting has slowly fallen away, exposing the brick and mortar joints beneath.

Rain isn’t normally too much of a problem for an open chimney, as long as there is normal ventilation from below. But heavy rain will tend to soak into any residual mortar pargeting, causing it to swell slightly. Some bits may fall at this time, and possibly even more as it quickly dries and shrinks a little when the rain stops.

Reason 3: The Weather Is Warm

Chimneys work on basic science. Warm air rises from inside a property into the cooler air outside via the chimney. This is what is known as differential pressure. But on hot summer days, it can be cooler INSIDE a property than outside. So the warm air, instead of going from inside the property outwards, reverses. Warm air is now being drawn DOWN the chimney and into the room. And these draughts can bring with them fine dust and debris. When you think about it, it stands to sense.

Reason 4: A Bird Is Stuck In Your Chimney

It’s not uncommon for birds to fall down chimneys. It’s usually during spring and summer, with pigeons and starlings being the most common culprits. Once in the chimney, they can’t get out. That doesn’t stop them trying though. And when they start flapping around, they knock mortar off the chimney walls and down the flue. If the bird is caught on a bend, then the debris fall can be considerable given these bends can harbour a lot of dust which has naturally fallen onto them over the years.

Reason 5: A Bird Is Trying To Nest In Your Chimney

It’s almost always jackdaws that nest in chimneys although the odd squirrel has also been known. The coming and going with nest material will certainly dislodge a few ‘bits’. This will only stop once they have completely blocked your chimney!

If any of these scenarios sound likely, then it’s time to call in a professional. Whereas this article is merely a guide, a professional chimney sweep can give you bespoke advice. They will assess your particular situation and then offer some potential remedies. Visit www.findachimneysweep.co.uk for your local, registered professional sweep.